So Apple now has won a patent for scaling and rotating documents.

I am actually a fan of software patents, as long as the patents are truly novel, unique and non-obvious.  This, however, is none of those.

I believe that the patent was filed in 2007.  Did the folks at the USPTO not see Minority Report… in 2002?  I distinctly remember Tom Cruise pinching and twirling and interacting with display screens much in the same way. 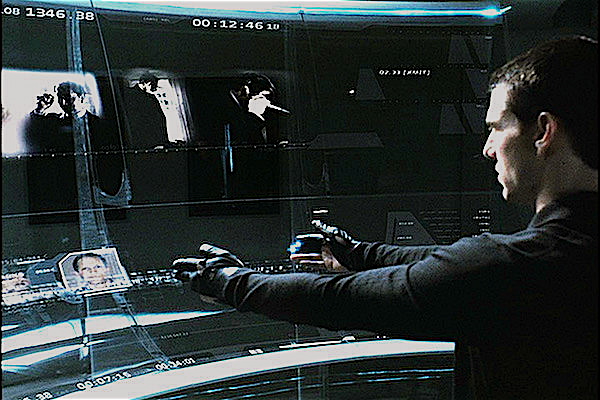 Maybe it was the gloves.  Or maybe it was because he didn’t directly touch the screen.

Like I said.  I have no problem with truly novel software patents, and I believe that Apple deserves a number of them.  They truly are an innovative company when it comes to the mobile industry.  But this is silly.  Next thing sneezing will be patented due to it’s similarity with Near Field Communication.

The problem with software patents is that nobody has a good way to ensure that the patent actually does more good than harm. The idea of a patent is that people are motivated to sit down and think hard about issues, then publish their findings so that others can build on them.

Now the trouble with software patent is that the amount of time needed to invent them is relatively short compared to other fields which means that if at all, the government handed time to monetize the invention must be very different than in other fields. Furthermore the pace of development is very high. Finally and this really is the crux, there is no good way to properly index all these inventions in such a way that it actually results in people focusing their research time on stuff that hasn’t been invented yet.

Due to the above mentioned issues, the reality is that software patents do little to nothing to actually focus researchers. Instead many companies that want to innovate are held back from even starting or are hit when they start to grow despite never having based any of their work on the research in some patent .. simply because there was no efficient way to even learn about the patent in time before coming up with the same thing on their own.

In summary, patents make no sense when the time/effort to come up with the invention yourself is smaller than trying to find a patent that explains how to do it.