I’m not necessarily against it either, which makes that one of the more passive-aggressive titles I’ve written in a while (that, or wildly successful link-bait).  But while I’m not really for or against; I tend to be wary of calls for more government control of something.  But the truth be told, I almost did come out in favor of Net Neutrality when I saw this graphic over at Re/Code. 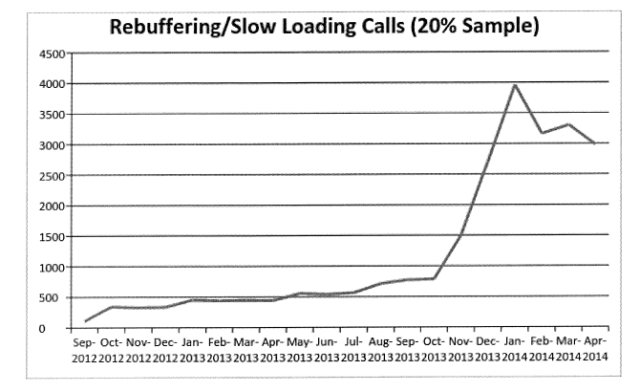 Being an avid user of Netflix and Amazon Prime Instant Video this graphic kinda pisses me off because I have been experiencing poor streaming speeds for a while.  I pay for more than enough bandwidth to cover my streaming needs.  Since I pay for it why shouldn’t I get it?  That’s essentially the crux of the complaint.

But here is the chart that shows the other side of the issue. 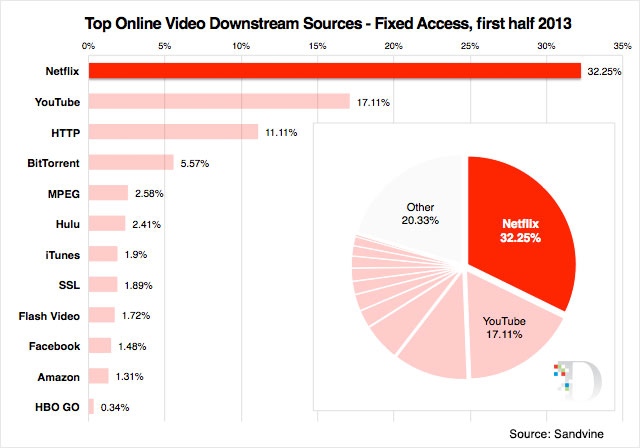 And so here is why I’m not quite on board with Net Neutrality.

There is always a cost.

The only thing in your life that does not have a monetary cost directly tied to it is the air that you breath.  Unless you are living naked at the mouth of a natural stream in the mountains EVERYTHING ELSE has a price.  The clothes you wear, the food you eat, the car you drive, etc.  It’s just a question of who will pay for it.  Up until I became a grown-up my parents paid for a lot of that.  But as a grown up I have had to learn that I need to pay for the things I use.  The same thing goes for Internet service.  That 50% of traffic that is going to streaming services?  Someone is going to pay for it.  Hint: it won’t be the broadband providers.  Why not?  It’s quite simple.  They don’t have the legal authority to print money.  They have revenue and they have costs.  If things are working as they should the revenue will exceed the costs.

But what happens if costs start exceeding revenue, particularly if increased costs are expected to be long term?  There are two general options.  1) Increase income to cover costs, or 2) decrease costs to cover lost income.  Granted there will be a lot of variables in there but at the end of the day it will be one, the other or both.

We will be incredibly short-sighted if we just say “don’t throttle my Internet connection because it annoys me.”  SOMEONE is going to be paying the costs of an un-throttled Internet connection, and with something like Net Neutrality my concern is that the costs will disproportionately go to the people who are not responsible for the bandwidth usage.  It so often seems that as soon as someone says “someone needs to do something about X” everyone gets thrown in the boat whether they want to be in the boat or not.

Is it greed on the part of the cable companies?  Perhaps.  But no more so than Netflix, me or you, the person reading this.  But we need to be cautious before we start waving the magic wand of government to make our lives easier.  Like magic, everything comes with a cost, deary.  Before we wave the magic wand of legislation and regulation we need to make sure we know what the costs are going to be when we get what we ask for.

So before picking up a magic wand of your own, it is worthwhile to think through what the effect of it will be.  Buffering-free episodes of Once Upon a Time will be only *one* of the effects.

Thank you for taking the time to publish this information very useful!