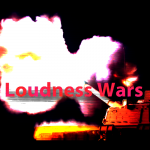 So, I just heard from my mastering engineer yesterday that he will be wrapping up work on my latest album, Loudness Wars.  He says it’s a great album and I am tending to agree.  here are some samples.

This album I am really proud of and so I really want to put some effort into promoting it.  I will be doing some YouTube videos talking about the processes I used for each song as one thing.  But one of the other things I want to do is I want to try and get some play time on local radio.

In light of that I am asking for your help.  I am sure that you have a local radio station that has a time slot that might be open to playing it.  For example, in DFW there is The Adventure Club on The Edge.  So I am going to get a social media campaign going to enlist your help in getting me on the air!

I will be starting it up in a few weeks but in the mean time, if you have a local radio station that does indie music I would appreciate it if you put their Twitter or Facebook pages in the comments below.  Then, when the album is ready to go, I’ll post again with some one-click messages so that you can tell them how much you want this album on the air.

I am REALLY looking forward to releasing this album and with a little help we can win one for the little guy!  🙂

[…] Zend’s Product Evangelist – and kickin’ axe man – Kevin Schroeder recorded a screencast for those of us using phpcloud.com. In this short 2:49 video, Kevin shows how […]