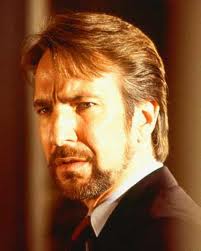 “When Alexander saw the breadth of his domain, he wept for there were no more worlds to conquer.” Hans Gruber

Perhaps I am more contemplative when I wake at 3:00 and can’t get back to sleep.  I was up for a good reason, feeding a beautiful little girl my wife and I are fostering (I was feeding from a bottle, in case anyone is confused) but those nights tend to make for strange thoughts during the day… more-so than normal.

I was playing around on a virtual machine this morning on a project I’m working on and I was checking some of the log files.  I forgot exactly what wtmp had in it so I manned it and saw this:

I have no idea why, but for some reason the “long int ut_session” reminded me of the excitement I felt when I first started playing with Linux.  I bought my first Linux book more for the CD’s because downloading a distro was not feasible in those days.  The book was Using Linux – Third Edition by Jack Tackett Jr. and David Gunter, which I still have.  It included Red Hat, Slackware and Caldera.  To give you an idea of how old it was, there is no mention of DHCP and yum was just a twinkle in Seth Vidal’s eye.  But even though it was the early days of Linux it is still an 800 page book.

When I first got Linux installed on some crap computer I had I was completely enthralled at what I saw.  I don’t recall ever being that excited about DOS.  Maybe Windows 95 when it first came out, but that quickly waned.  I played with Linux for weeks.  Because I could look under the hood I became immersed in how an operating system works.  I never got a CS degree but I for damn sure learned a lot about computers.  It was like having my own personal Renaissance.

I bring up the quote from Hans Gruber because I’m trying to think of something that has spawned the same excitement about learning something new since then.  The closest I can come up with is my chapter on structured files in You want to do WHAT with PHP?  The experimentation I had to go through to get PHP to read an ext2 file system stoked the embers of an explorer’s mind.  It wasn’t new, but gaining the understanding necessary to access the raw file system was kind of exhilarating, though not quite at the same level.

Lest you take this to understand that I believe I know it all, you would be mistaken.  I know less than I know more, but that which I don’t know is less exciting than when I first learned what I know.  Though Alexander may have wept because there was no more a-conquerin’ to do, most of the world was still far from his grasp.

Think of it.  Cloud computing, what we used to call virtualization, was invented by IBM in the 1960’s with the System/360.  Distributed computing had its genesis in the Jazz Age of computing with pocket protectors in place of Art Deco design.  We’re still using the same networking protocol that was made live in 1983.  Granted, things are faster and we have slicker UI’s, but not much of the fundamentals has been radically altered.

And they probably shouldn’t be altered since very few of the actual problems have changed.  They’ve just changed in terms of scale, in terms of speed and in terms of service expectations.

So it makes me ask the question.  Is there anything that excites you as much as it did when you first got started in computers?  If so, what is it and why does it excite you?

This reminds me.  I need to watch Die Hard again.